“Keep the panties on as long as possible. You know, just pull them aside…”

That was some advice I’ve received recently, but it didn’t come while I was doing the sex. Oh no. This sexy suggestion came while I was writing about the sex. 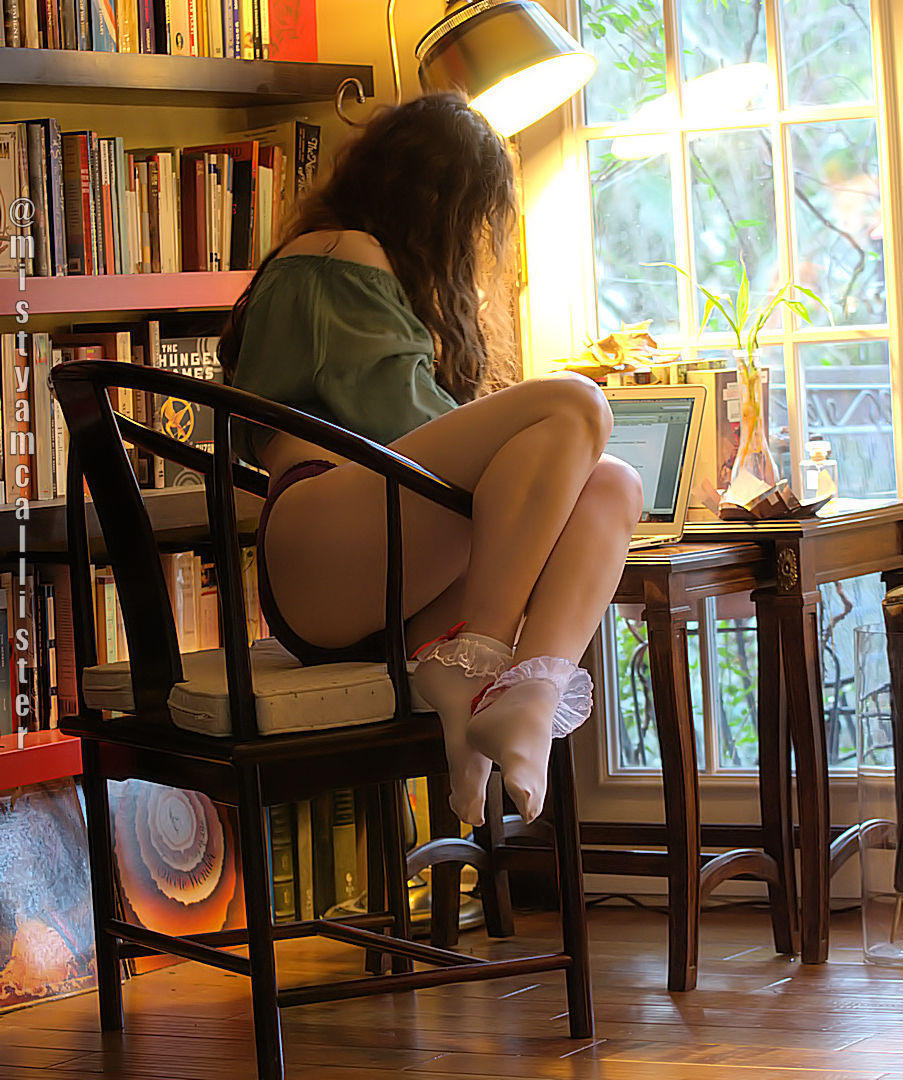 My latest story, “Rendezvous in Satin Blue” (shameless plug), was written for the winner of my first ever Super Duper Sweepstakes, so I should say that it wasn’t written in my normal writing fashion (which usually consists of me doodling in a notebook until my brain comes up with an idea. That should tell you something about my writing, lol!). So there was no doodling for inspiration this time. Instead, I was given the basic plot before I even started.

I have to confess it was strange writing a story based upon someone else’s idea. It was like having to write from a prompt in a creative writing class. I’ve always hated writing from prompts. Prompts make me feel like a caged bird asked to sing on command, but this time it wasn’t bad, not at all. Actually, it worked out really well; so well, in fact, that a story that was supposed to be a flash fiction piece, two thousand words, give or take, swelled to over ten thousand words. Mostly because of the suggestions and insights I got while talking about the story with the winner.

We’d have DM chats where ideas were booming, and it was that flow of ideas that made the process simple and painless. My winner had an idea: write a story about a man who buys himself panties in a lingerie store. From that I came up with a scenario and wrote a sexy little scene that I then sent to him, typos and all. He read it and sent back compliments proclaiming how sexy my writing was (of course!), plus questions and suggestions.

Could you be a bit more descriptive in what she’s wearing? Describe her short dress, the material, the color, etc. How it slides against the smooth satin panties. What color are the panties? Do I pick? How is her hair done?

That kind of thing. 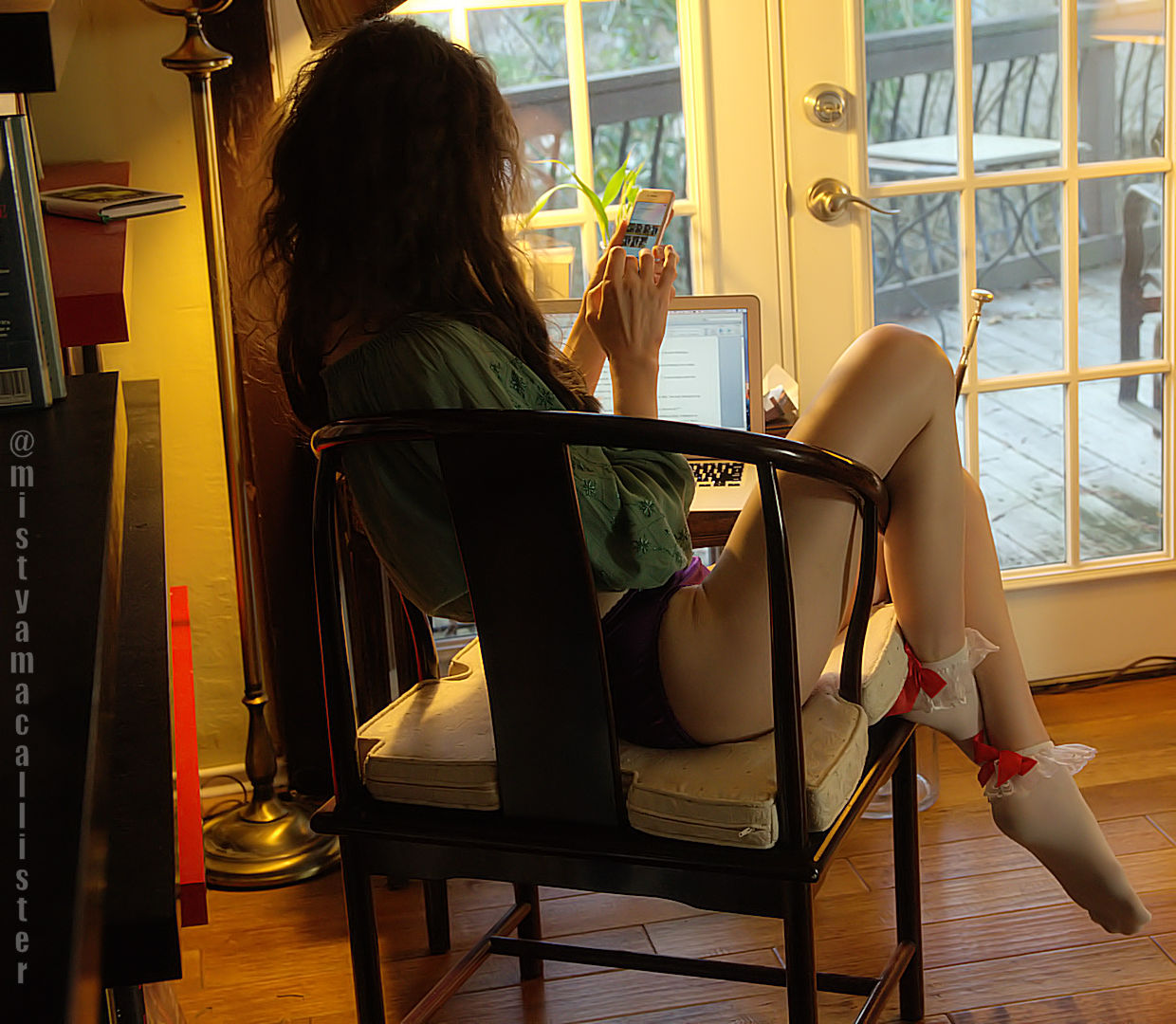 Here I was, being told private fantasies in a remarkably candid way, but it wasn’t lewd or rude. Yes, there was a ton of sex talk, but it wasn’t personal. It was very straightforward, technical, but not like writing a manual. Put left hand (LH) on right breast (RB) and twist until… Ow, I hate manuals! I read them for the pictures, lol. And that was a relief, because writing can be hard, and writing while being asked if your stories are all from real experience only makes it harder.

‘Rendezvous in Blue Satin’ wasn’t the first time I sat down to write a story about a man buying lingerie in a lingerie boutique. A while ago I got an email asking me to write a story like that. It seemed like a good idea, so I gave it a go. I described the lingerie store. I had the fellow go inside. There was some awkwardness as he shopped around. I got him talking to a saleswoman. He undressed. She was a little bit of a dominatrix, lol. She watched. She undressed. She was very sexy. Then, just as it was getting good I… I… I had nothing.

So I set the story aside, feeling a mix of regret and dread about it. I wanted to write it but I couldn’t, and there’s nothing more frustrating than sitting at the keyboard and having nothing come out. I blame my fingers on this kind of occasions, but I know it’s really the brain.

Brain and brain, what is brain?

But when I did the story for my winner, the ideas came out like an explosion, BOOM, rubbing bodies in a dressing room, hands sliding down quivering stomachs and all kinds of slippery panties. And that was a relief from the dread I felt when I tried writing about the lingerie store before. 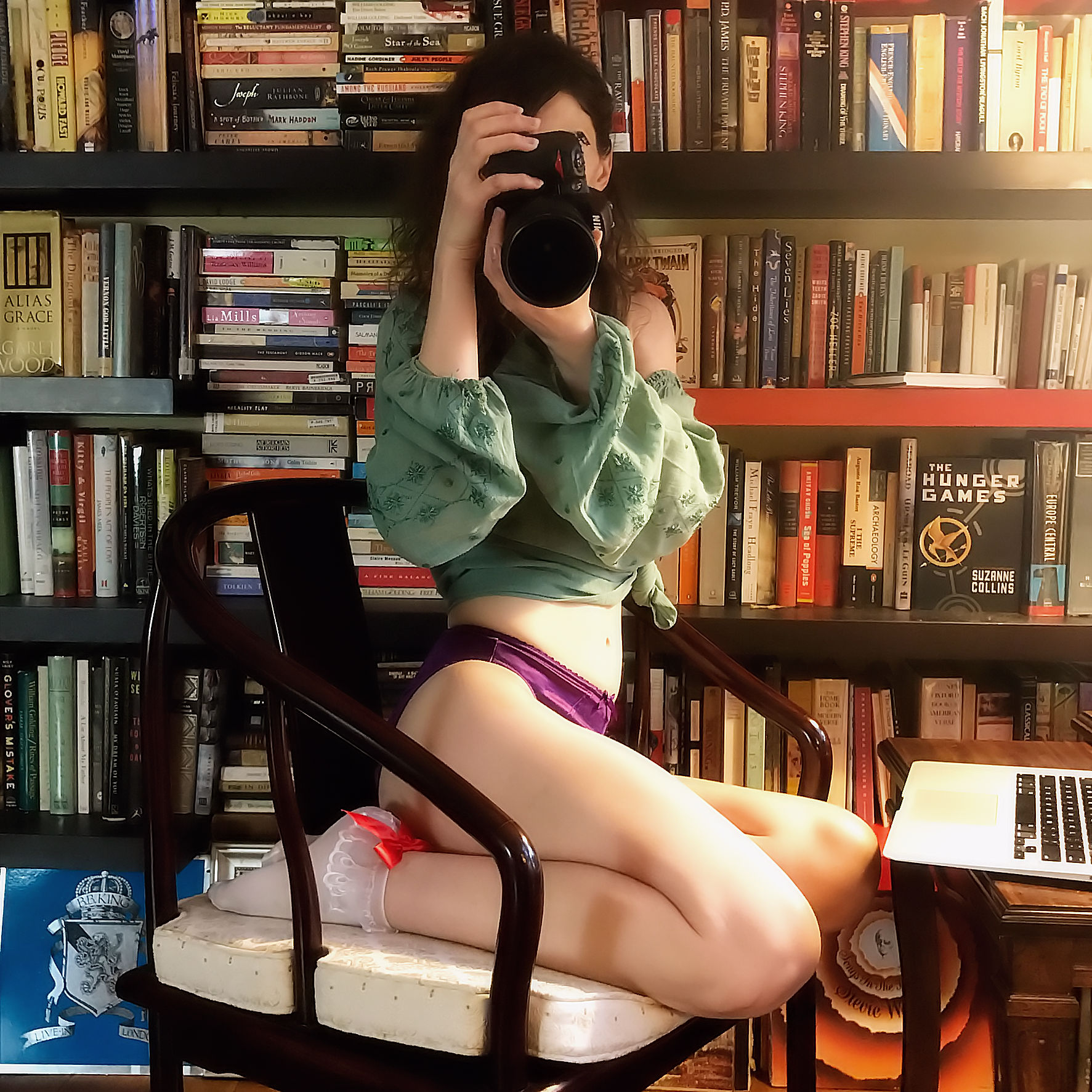 Overall, writing with feedback from someone was great. Having some input freed my brain and let my fingers go to work. Of course, I’ll always find some of my ideas in my doodles, because that’s who I am at my core, a dreamy doodler, but I think I’ll try to find ways to have more of that kind of input for my stories. It shouldn’t be difficult. After all, a lot of questions already flow my way, and a lot of them have to do with sex. No surprise, erotic writer here! But the most common sort of question I get begins with “What do you think about… ?” I get this type of honest question way more than I get “Do you want to see my dick?”

And all I can say is: thanks, Zeus, for small favors!

This site uses Akismet to reduce spam. Learn how your comment data is processed.